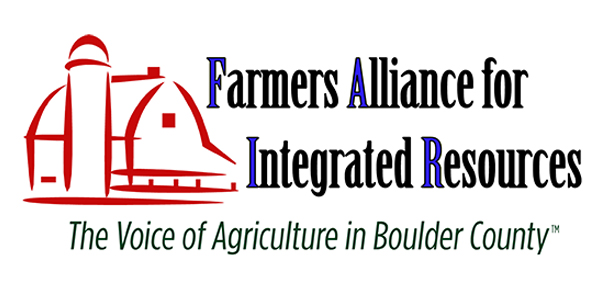 The Farmers Alliance for Integrated Resources (FAIR) has hired Rich Koopmann, former Resource Planning Manager with the Boulder County Parks and Open Space Department, as its new Executive Director.  Koopmann replaces Jane Uitti, who is retiring after three years with the organization to pursue other interests.

Koopmann retired last year from Boulder County Parks and Open Space after 35 years with the Department, where he was involved with purchases of land under the county’s open space program, management of open space properties, and environmental resources in the county’s Comprehensive Plan.   He is a leader of the Fairview Crops and Livestock   4-H Club, exposing children to farming and ranching education through the club and at the County Fair.   He has been President of the Goodhue Ditch and Reservoir Company and has been active on a number of other ditch and irrigation companies and has a wide knowledge of local and state water issues.  He served as President of the Boulder County Parks and Open Space Foundation from 2005 – 2013.  He is a member of the Trust for Public Lands, the Nature Conservancy, National Audobon Society, National Wildlife Federation, and National Parks & Conservation Association.

Amon the awards Koopmann has received are FAIR’s “Friend of Agriculture Award” in 2014, the Blue Grama Award from the Colorado Open Space Alliance, and from the Boulder Heritage Roundtable.

Koopmann will start his new position at the beginning of 2015.